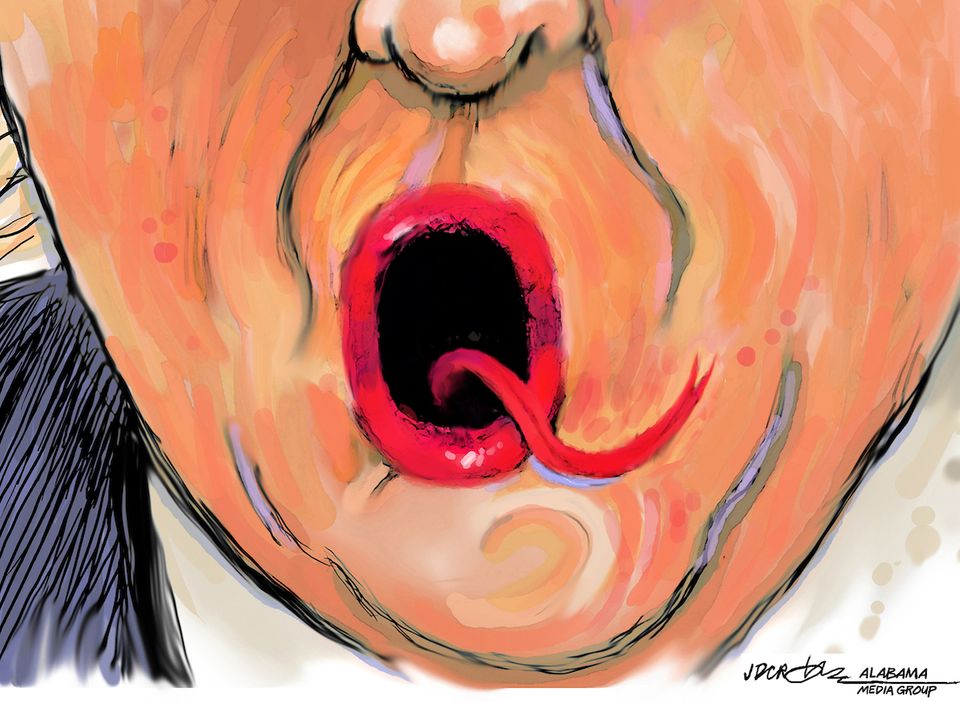 The days when social media refused to monitor content in support of free speech finally may be over. It took the emergence of a batsh*t-crazy conspiracy-theory group, QAnon, for this policy to emerge.

So who are these people?

Founded four years ago, pro-Trump QAnon believers think the world was run by a cabal of Satan-worshiping pedophiles who were plotting against Trump while operating a global child sex-trafficking ring. I know. That’s a lot to take in. Marjorie Taylor Greene, a QAnon supporter from Georgia, won a Republican primary and could be on her way to Washington. I watched a brief interview with Ms. Greene after she won the primary. She was outraged that Muslims were moving into their neighborhoods, and she couldn’t wait to get to Washington to “beat Nancy Pelosi!” Not sure what Ms. Greene has in mind, but I’ll put my money on Pelosi.

Facebook now is restricting 1,950 groups and 440 pages and more than 10,000 Instagram accounts related to QAnon. “We have seen growing movements that have celebrated violent acts; they have weapons and suggest they will use them, or have individual followers with patterns of violent behavior. One QAnon supporter wanted to “take out Joe Biden”. When she was arrested, police found dozens of knives in her car.

Social is limiting QAnon and other groups that promote violence. As groups like QAnon have revealed how these sites can become vehicles for abuse, social media has taken responsibility for the content on their platforms.

What is all of this about?

Conspiracy theorists are nothing new, and according to Donald Trump, “I’ve heard these are people that love our country, and they like me.” He doesn’t seem to get that these groups are really dangerous.

Facebook CEO Mark Zuckerberg and other tech executives have been meeting regularly to discuss ways to stop their platforms from being used to spread misinformation about the vote, and are even considering a “kill switch” to shut off all political ads after election day.

A new, emerging message of change, inclusion and decency

The recent Democratic Convention shared an upbeat message of good will and decency. Of experienced, hardworking people taking responsibility and being accountable. Of getting things done. A new spirit of hope is emerging, of working together for change. Valerie Jarrett, a former Obama advisor, described it as a potential new theme: Building Back Better. It means everyone’s being accountable, and that now includes big tech and our social media sites.